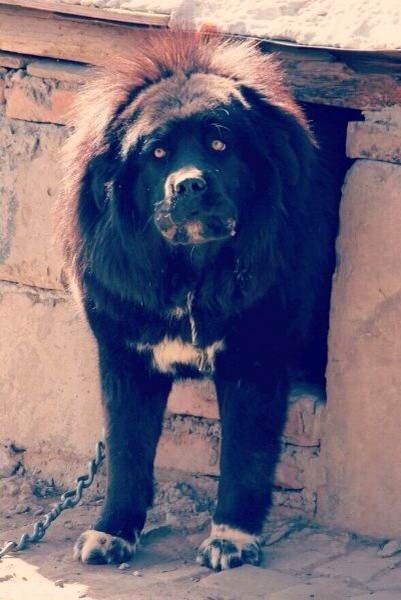 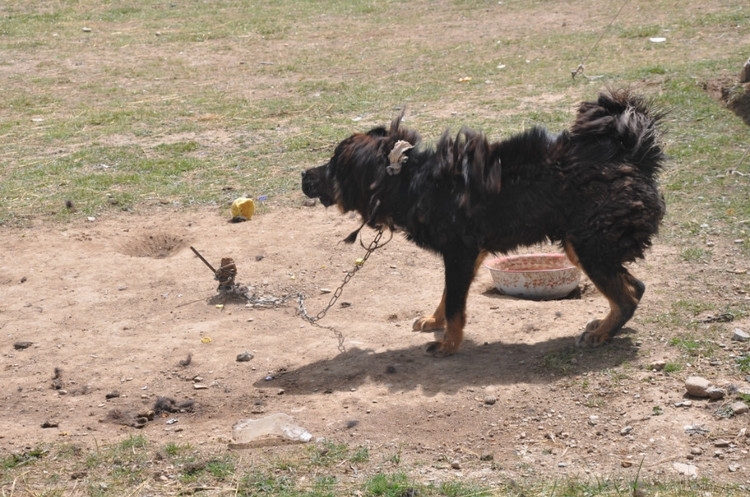 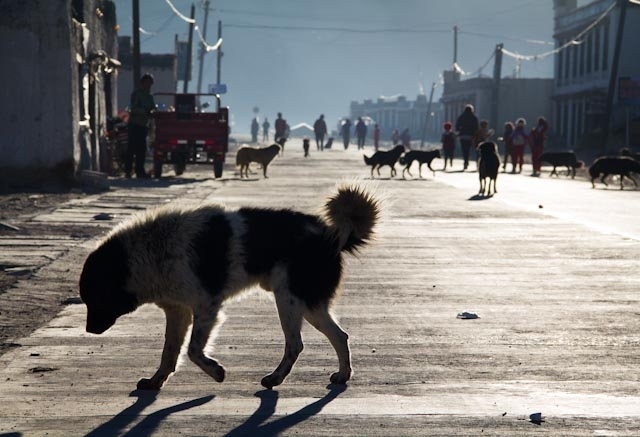 Since some time ago a rumor separates “Tibetan mastiff” from an undefined “Tibetan dog”, which should live in same areas, have identical role, live chained too, but in some way it is not a true mastiff. Sometimes this unclassifiable Tibetan dog would show a reduced size and wolf features, otherwise he would show a correct size, but a scarce mane (sic!), and lastly he would show a correct morphology, but a wrong color. How things stand?

First of all it is important to specify the words “Tibetan mastiff” have recently been coined in the Western world, while they have no meaning in Tibet, where this breed has a thousand-year old history. Tibetans call all their guard dogs “do-Khyi”, which means chained dog or tied dog. Starting from this group we can classify all the varieties. So, Tibetan people do not separate “authentic mastiffs” from “simple Tibetan dogs”.

In the Western world we have always used both of terms indiscriminately.
Just a few examples: Samuel Turner speaking of Tibetan dogs uses the word “dog” together with adjectives like “huge dogs, large Tibet dogs” etc., but he never uses the word “mastiff” even when he clearly refers to do-khyi. Lately, Vincenzo Ferrario introduced in his own translation the word “mastiff”, but he still used both of the words “dog” and “mastiff”. Another remarkable example is represented by the specimen that Nathaniel Wallich imported in 1828, called both “Thibet dog” and “mastiff of thibit”and “chien dogue du Tibet”.

It is absolutely true that not all the dogs living in Tibet are Tibetan mastiffs, but we must keep in mind two important things, at least:

1- this breed is still preserving a very high genetic diversity, and we hope this is going on in the future. In the same litter it is possible to have specimen very different the one from the other, both in size and morphology. Western breeders would reject smaller puppies with a “less mastiff” head without a doubt, but in Tibet this does not happen. Tibetans look for features which perfectly fit for those areas and for their life style, which go further outer appearance. In addition their own taste and aesthetic ideal are very different.

2- the size and the morphology of Tibetan mastiff can be very different from a place to another one. Just to give you an example, a Yushu specimen (southern Qinghai barren and mountainous area) and a Yarlung Tsampo valley specimen (lower altitude, rivers and green grassland area) can show 30kilos of difference, a different skull shape and a different fur length, but both of them are typical and correct Tibetan mastiff for Tibetan people.

In Tibet there is a huge number of wandering dogs and among them there are pariah dogs, whom Menzel describe as “heavy extreme type” or “sheepdog like”. Occasionally these dogs have been called “Tibet dog” also, but they only share a vague similarity to do-khyi. It is not likely to be confused with each other, firstly for their weight and their size (another size compared to a mastiff, as much as he could be small), and then because they are not working dogs, but feral/village dogs.

Unfortunately a recipe to identify an “original Tibetan mastiff” at first glance does not exist.
Only studying all the varieties and blood lines can help.

[2] Portraits from the zoological gardens, 1829

2] Tibetan Mastiff from Yushu, (Southern Qinghai) - picture from the web

3] pariah dog in Tibet - picture from the web